It’s a lovely morning when I woke up earlier today at about 5:55 am. However, the world seems not in the good mood because as I go out today to clean things outside the house, it seems that the sky is starting to fall out with a heavy rain. There’s a gray cloud that covered the sky, and the wind seems slightly not in the mood for a breeze. We can never tell the exact weather from day to day, so I continue what I was going to do that morning. After a few minutes, it started to rain, but it was just in time that I finished my work. So glad that Im done!  Hope you have a Good Sunday ahead!

Nature is an infinite sphere whose center is everywhere and whose circumference is nowhere.” –Blaise Pascal

Have you ever had a wonderful feeling that the nature can give you?  It heals our heart and our worn bodies from the stressful days that we usually do in our everyday life, and nature does recharge this part in our beings.  I will gladly want to show you this one extravagant nature view in here, and this place is what they called TINAGO FALLS (HIDDEN FALLS).

This fall is not far from the city. Tinago is being hidden in a deep ravine. Trekking to the falls requires approximately 365 or more descending steps called the winding staircase. This part is one of the things that are very challenging in going in this place. You’re gonna have to exercise going down before you reach this paradise and another 365 more ascending steps going back to where you from, and that is the most tricky one.

According to the records from Wikipedia, the legend has it that there once lived an influential and powerful Sultan Agok and his wife. They were appointed by their people as their king and queen. But they became too proud of themselves and became selfish rulers of their kingdom. When the sultan’s wife was pregnant, an enchantress, disguised as a beggar, begged for their help but instead they exiled and rejected her. Because of this, the enchantress cursed the couple that the child will become ugly but they did not take it seriously and permanently banished the enchantress.

The child did become ugly. The couple was sad and disappointed, expecting the baby to be as lovely as her mother. They hid the child in a cave to avoid embarrassment and named the baby Tin-ag, which means “hidden face”. They visited and took care of the baby in the cave.

When the child grew up, she came out of the cave and became amazed at what she saw. The enchantress, who cursed her parents, saw her and made an offer to transform her into something of great beauty and splendor. She accepted the offer and became the Tinago Falls

So I’ll give you a picture that I captured during our visit together with my friends last September 2013. Hope you’ll like them 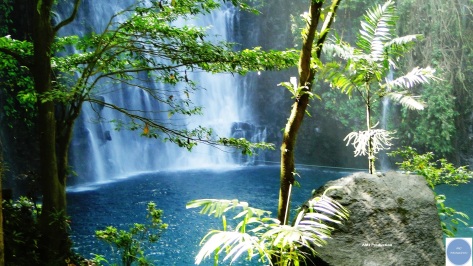 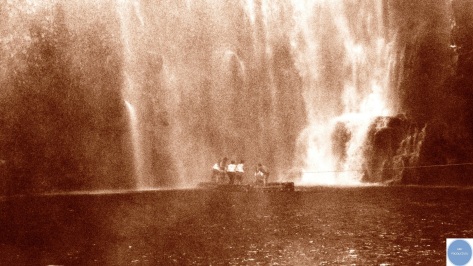 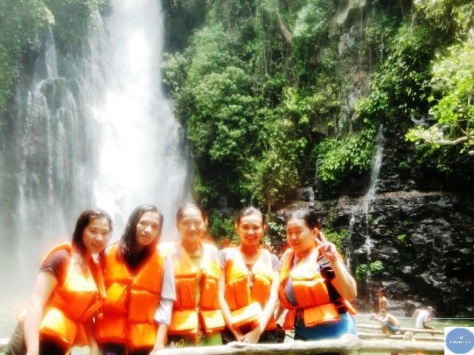 Traveling to South Korea and our Expenses

006: How to Discipline Yourself?

Episode 005: Asking Oneself: Do I have this habits?

Use Blubrry for your podcast

Life is a box to fill in!

Jomairah Mulay is the founder and writer of Emotion at Peek. She lived in Marawi City, a place thousand miles from the central city of the Philippines. She is a worker at day, and a blogger during no office hours. I love Japan, and that's no joke:) Blogging gives me the feeling of having my own space when the world is occupied with so much buzz. You can email me through emotionatpeek@gmail.com or send me a message through this number +639279940053. Have a great days Guyz:)